Your Fearless Leaders and Co-Hosts 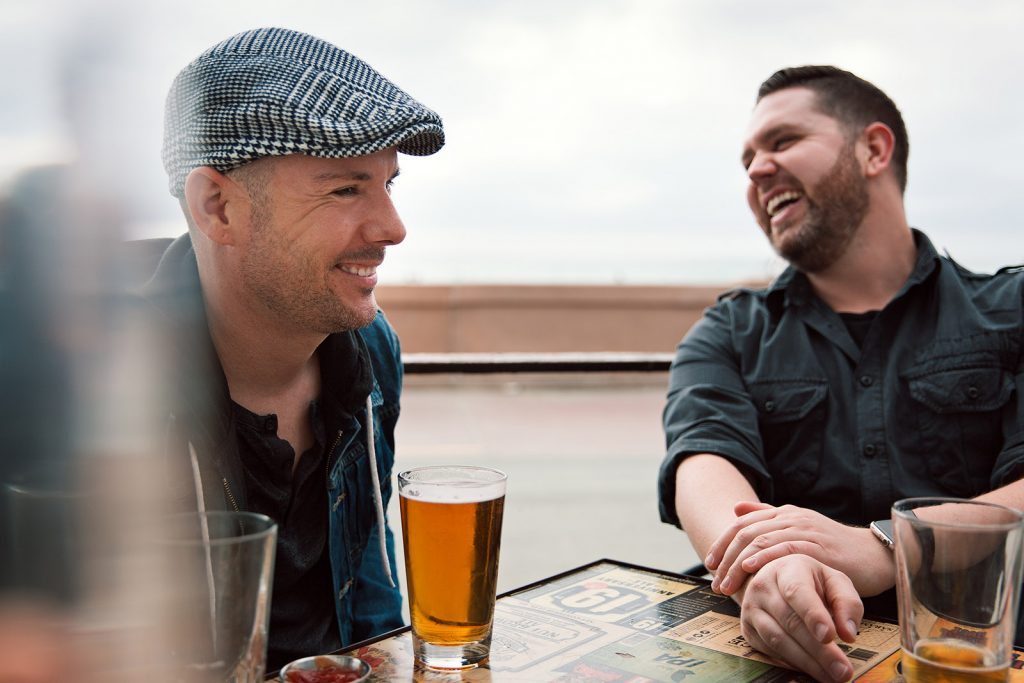 Reviews and Brews is a podcast created by friends Brad and Ken, who have a love and passion for both top-quality cinema and beer.  Located in San Diego, California, they won’t stop until they’ve watched all the films, and tasted all the brews.

On a spiritual quest from Salt Lake City, Brad relocated to San Diego where his girlfriend introduced him to her friend Ken. After a night of several beers and Star Wars discussions, the duo became fast friends and the foundation of what would become Reviews & Brews was born.

A year and some months later, our heroes would annoy all those around them with the incessant chatter of movie talk. They got so annoying it was suggested by those closest to them that “maybe you guys should save it for a podcast”; so they did just that. Just talking about movies isn’t enough when you live in the micro-brewing capital of the USA, so the idea to take advantage of trying all the local beers available to them was added.

Every week there’s a new movie, every week a new beer… So come along with us and remember: Don’t drink, review, and drive!