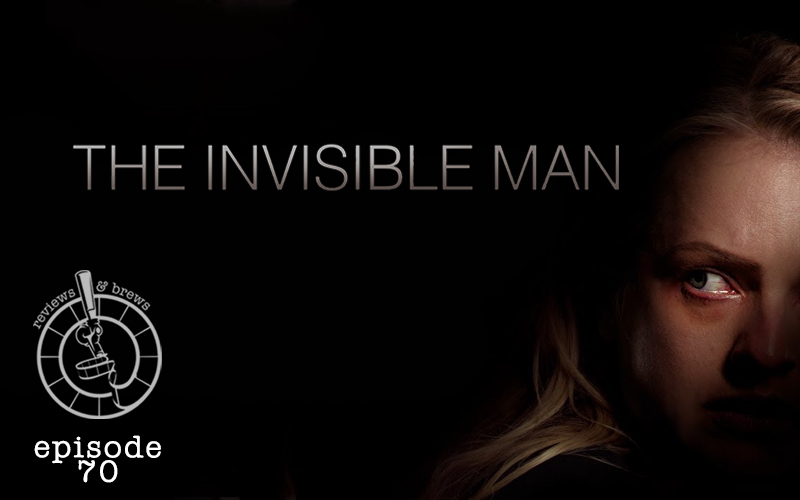 Folks, we here at Reviews & Brews can admit when we’re wrong. Albeit that we rarely are, let’s just say that the trailers we were hammered with week after week, month after month did not excite us for this movie. It looked, kinda lame? Well, as previously stated we’ve never been more wrong about a movie, and would love a second helping of that humble pie because we absolutely loved The Invisible Man. Wanna chat about it? Cool! Grab a drink and let’s go!

A little tongue in cheek while the country is locked down, but whatever this beer was tasty! We had the Black Plague “Tropicus” IPA that was a delight, and something that we’d get silly on regular. Check them out, and don’t mind the plague doctor. 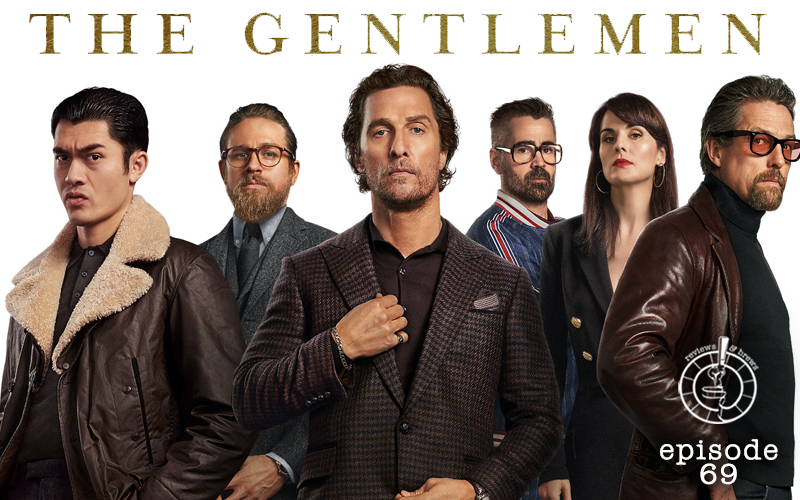 Apocalypse be damned, the show must go on! We know you have the time now that everyone is trapped in doors, so we will help you with the burden of being bored with a classy episode for a classy movie: The Gentleman. Join us (with a fancy beverage and bowtie of course) while we chat about the return to form for Guy Ritchie as he gets back to his gangster roots with a movie we quite enjoyed. Cheers!

We should have had a couple of on the rocks scotches, but we went with <a href=“https://www.garagebrewco.com/marshmallow-milk-stout”>Garage Brewing’s</a> Marshmallow Milk Stout. Random, we know, but sometimes a dude just needs dessert and to get a buzz at the same time. 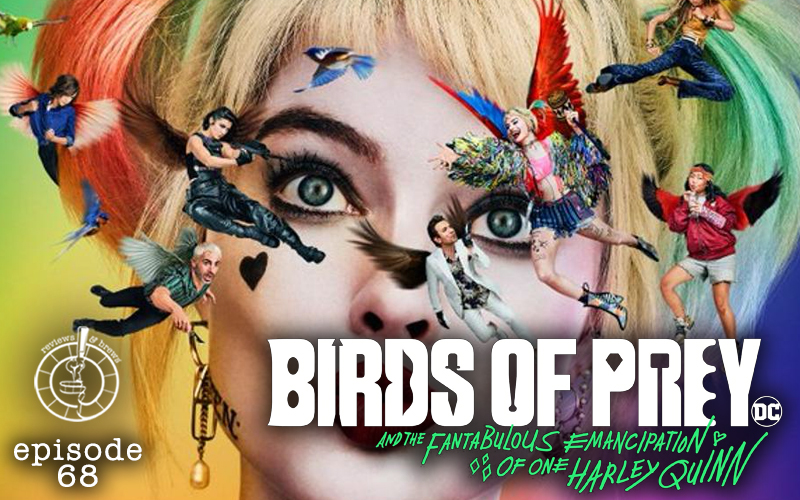 Stop me if you’ve heard this one: A girl breaks up with her guy and proceeds to go on a cocaine fueled bender in which she blows up a chemical factory, raids a police station, and blows another dude up with a grenade. Do all of these things describe The Fantabulous Emancipation of One Harley Quinn? Are they actually plot points and did I just spoil the movie for you? Of course not! We’d never do that to you… Or would we? Grab a coldie, and learn more about the Birds of Prey and find out.

Happy Beeraversary to one of our all time favorites: <a href=“https://www.pariahbrewing.com”>Pariah Brewing</a>. And to celebrate they played Joker to make a variant of one of their beers to a DIPA called “HE STOLE MY BALLONS!”. To say we enjoyed it is an understatement! 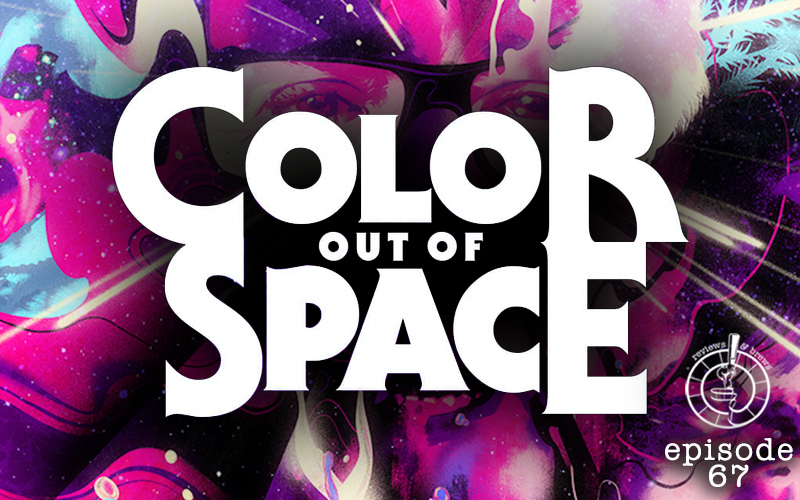 From the producers of Mandy comes yet another Nicolas Cage horror vehicle, and another magnificent hair piece. We’re HERE for the Cage-aissance, folks. And you couldn’t have picked a weirder director for the H.P. Lovecraft adaptation; Richard Stanley who hasn’t directed a movie in 20 years because he disappeared into a forest. Seriously. By the powers of Cthulhu – lets get a drink and chat about it!

The beverage for this episode is from one of favorites: <a href=“https://societebrewing.com”>Societe Brewing</a> with their star The Pupil now in cans! This IPA is a mainstay of ours, and we recommend it from our home, to yours! 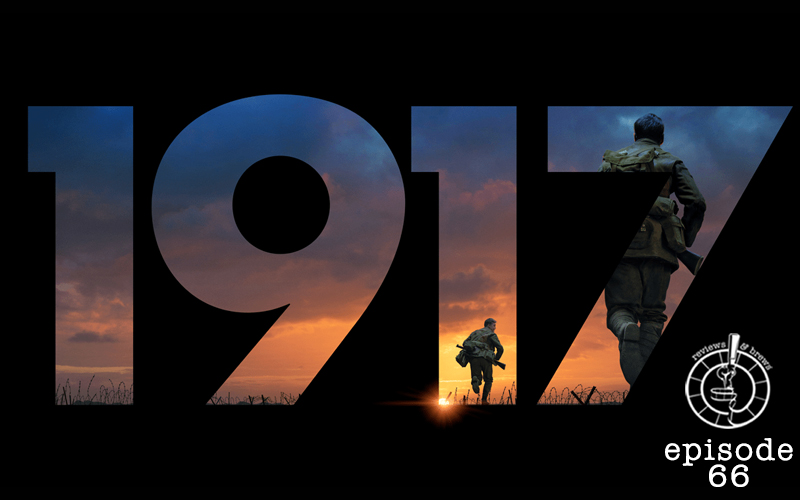 Sam Mendes has a bad ass grandpa. Or his grandpa knows how to tell some kick ass stories. We know this because the latest Mendes joint 1917 is the collection of stories he probably heard as a kid that scared the shit out of him. But man was it worth it because this movie rules. Grab your beer of choice, and join us on the battlefield.

The beverage for this episode is Refuge Brewing coming at us with Sand Surfer, a subtly herbal IPA that we thoroughly enjoyed. 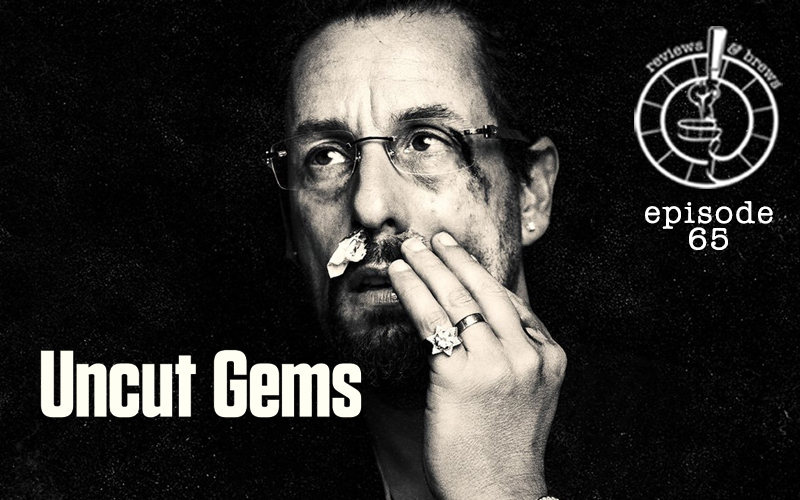 Remind me to never gamble again… We’re talking Uncut Gems this week, a panic attack wrapped in anxiety with a side of foreboding that we -still- haven’t recovered from. Once you have a therapist at the ready, grab a coldie and come along while we go over The Safdie Brothers giving Adam Sandler something to do other than making crap movies on Netflix.

Our first repeat beer! Don’t judge us! We need some room in the fridge so we’re getting back to our roots with <a href=“https://belchingbeaver.com”>Belching Beaver</a> and the IPA masterpiece that is Digital Bath. 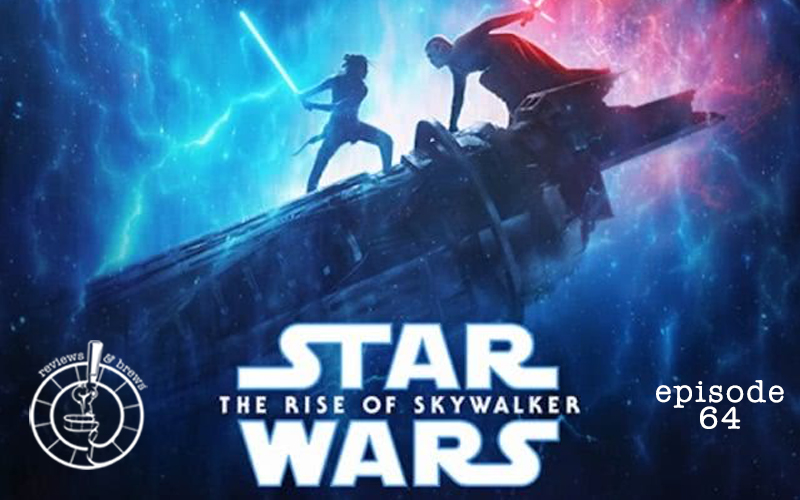 Remind me to never gamble again… We’re talking Uncut Gems this week, a panic attack wrapped in anxiety with a side of foreboding that we -still- haven’t recovered from. Once you have a therapist at the ready, grab a coldie and come along while we go over The Safdie Brothers giving Adam Sandler something to do other than making crap movies on Netflix.

Our first repeat beer! Don’t judge us! We need some room in the fridge so we’re getting back to our roots with <a href=“https://belchingbeaver.com”>New English Brewing</a> and the IPA masterpiece that is Digital Bath.

Happy New Year! Our apologies for the slacking of your delivery of fresh episodes, but some times a couple of dudes need a reprieve. You know, from drinking beer and watching movies. Anyway: Knives Out. Rian Johnson. A whodunit with pretty much the best cast ever? What better movie to watch about a dysfunctional family fighting, during the holidays while your dysfunctional family fights! Grab a coldie, and let’s figure out whodunit.

The beverage for this episode is a mystery all in itself. A beer shockingly weird at first but mellows into a very sessional (and surprisingly boozy) blueberry blonde. We didn’t know how we felt about this one at first, but cheers to <a href=“https://www.newenglishbrewing.com/blueberry-blonde”>New English Brewing</a> for a truly unique beer experience! 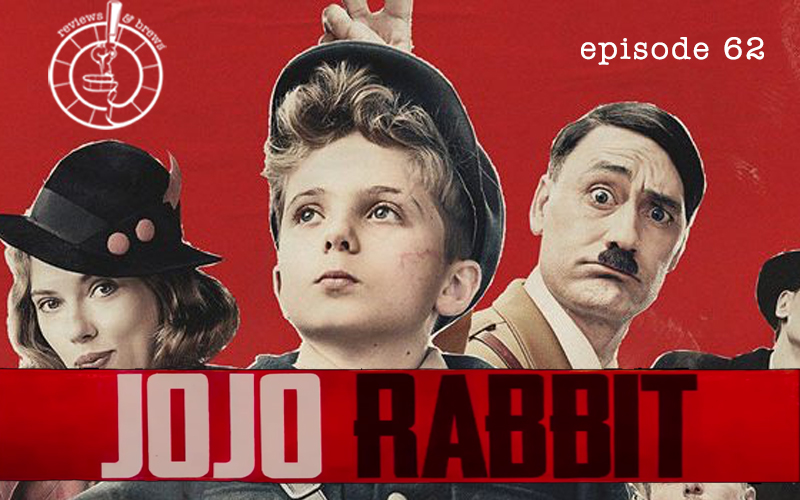 Where to even start with this one… How about that only Taika Waititi, a Jewish-Maori New Zealander, is the only logical choice to make a hilarious, heart-breaking movie about a 10 year old boy who has Adolf Hitler as an imaginary friend. Oh did we mention that he not only directs but also plays said imaginary Hitler? Strap in, and grab a coldie, folks. It’s finally time to talk about Jojo Rabbit.

The beverage for this episode is a funeral send-off to the classic Fat Tire, a staple of the craft beer culture that is now no longer owned by those that made it. Farewell, old friend. 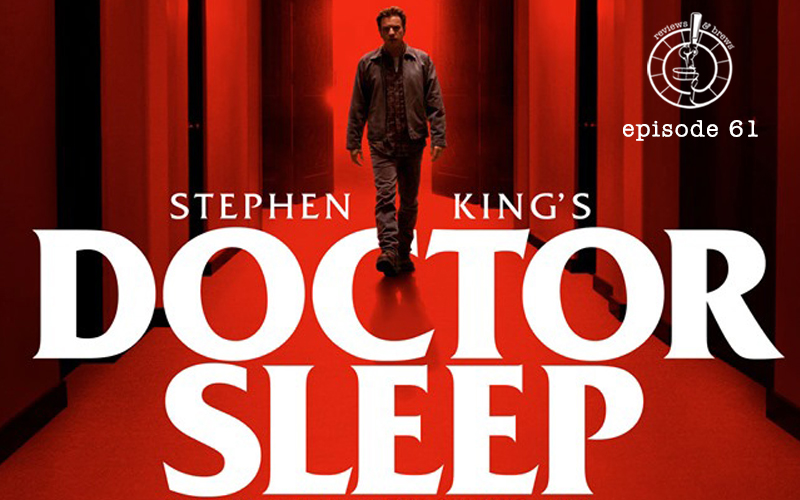 “What is Danny Torrence up to?” is the question that started it all. Well that and a cat that can predict when people die. Seriously. Look it up! That’s what inspired The Lord Master Stephen King to write the weirdest sequel to one of his most beloved books in his arsenal almost 35 years later. It’s no secret that we here at the R&B crew love us some King lore, but how did a weird and unnecessary sequel do in movie format? Well… at least we can say it was better than that Pet Sematary remake. Grab a coldie and lets shine!

The beverage for this episode is the infamous <a href=“https://www.stonebrewing.com/beer/year-round-releases/stone-tropic-thunder-lager”>Stone Brewing</a> tasty lager Tropic of Thunder. Not exactly a winter beer, but deal with it! We enjoyed it!